The Junior Department of the Royal Military College, formed as a college of gentlemen cadets, began in 1802 at Remnatz, a converted country house at Great Marlow. When the experiment proved successful, a new site was purchased at Sandhurst Park, Berkshire, where, after several false starts, the new Royal Military College (now Old College, RMAS) was first occupied in 1812. The original design was by James Wyatt, then the Surveyor to the Office of Works, and Construction was started in 1807 by Alexander Copland, the large barracks contractor. Both were replaced, and the building design was altered and completed by John Sanders, Architect to the Barrack Department of the War. The building is an early and impressive example of the Greek Revival style and was completed in 1812. The building was extended in 1862 with the construction of the Tridents to the rear to provide cadet’s accommodation, and the rear dining room and kitchens were added in the early 20th century.

The building was suffering from significant water penetration from failures in the roof coverings. Castria were appointed to carry out comprehensive condition surveys of the roof slating, rooflights, valley and parapet gutters, rainwater disposal system including downpipes, chimneys, clock tower & flagpole, as well as a thorough survey of the stucco elevations. Listed Building Consent was granted in early 2014 following design of the repairs. Construction work commenced in April 2014, and was completed to programme and budget in early 2016. Castria provided conservation architectural, structural engineering, M&E engineering and Clerk of Works services.

The building has a long symmetrical front with a projecting Doric hexastyle portico, and colonnades linking the main block to wings and detached blocks at either end. Two storeys high, the building elevations are finished with stucco, and the roofs are hipped and slated behind a stucco parapet. A series of conical rooflights provide light to the upper halls, and to the stairwells, and the staircases at the junctions of the Tridents with the original buildings are lit with pitched rooflights, surveys of the fortifications. Intrusive opening up work was also carried out following the approval of Scheduled Monument Consent applications to establish the extent of damage to walls, and the survival of historic surfaces and structures below ground. 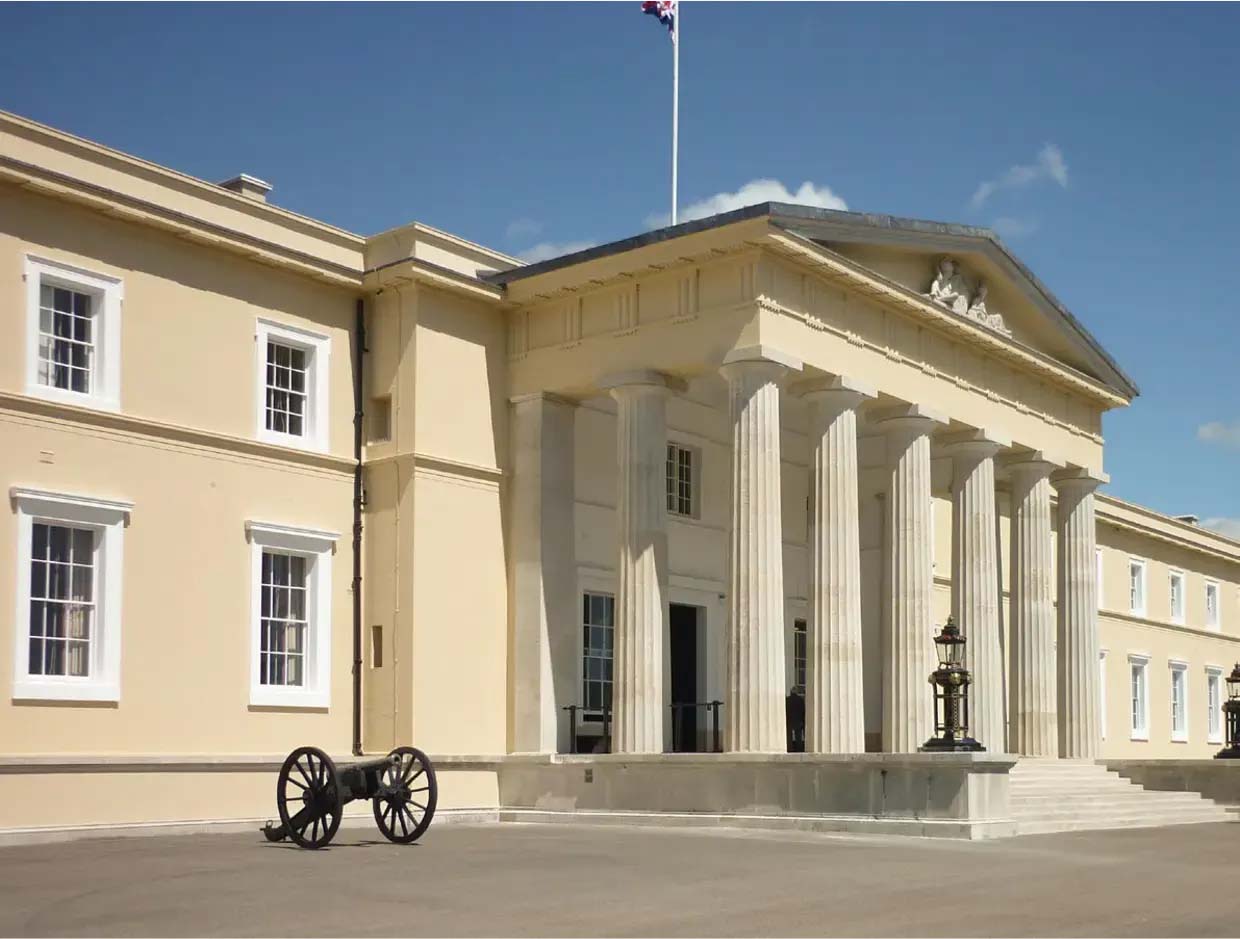 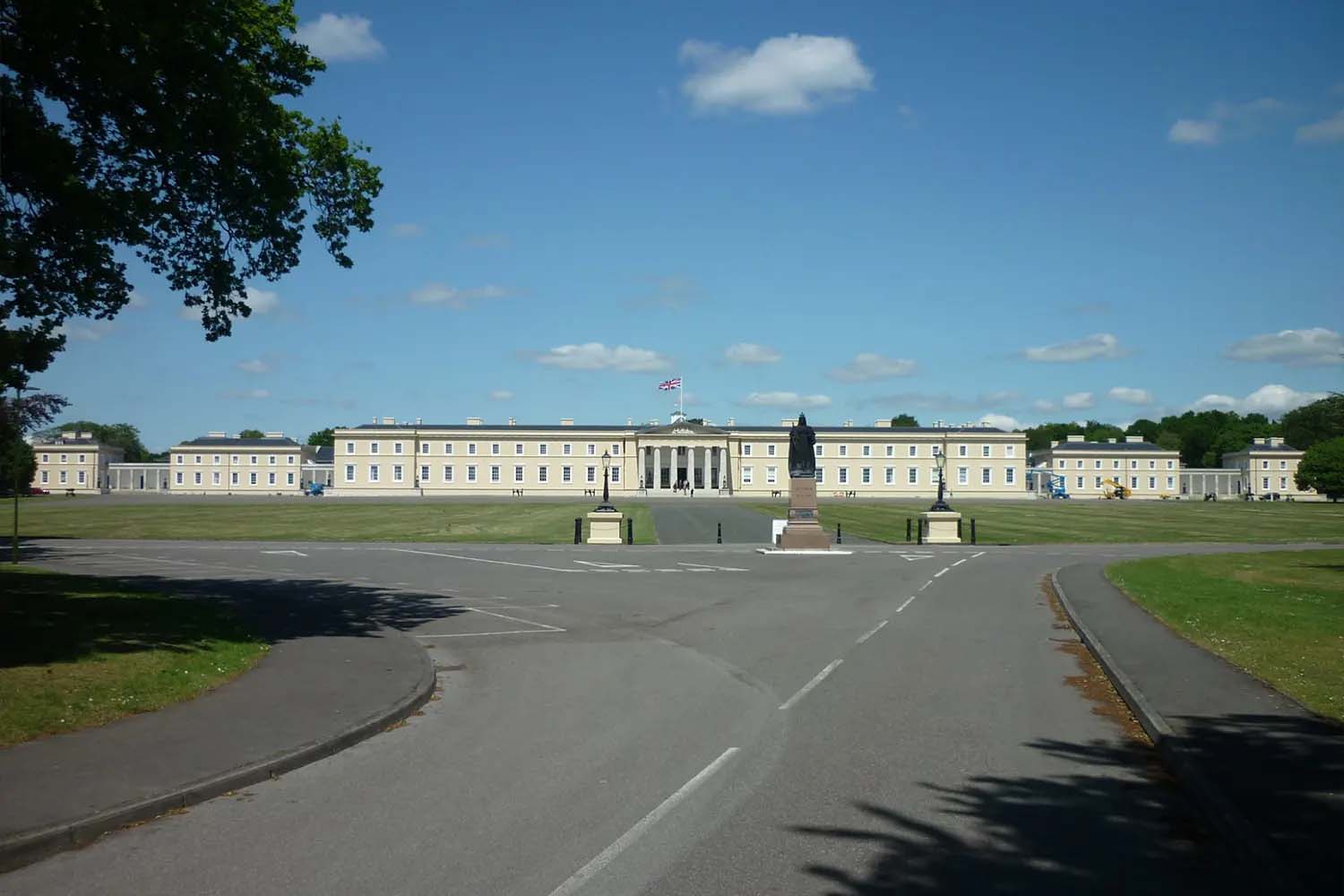 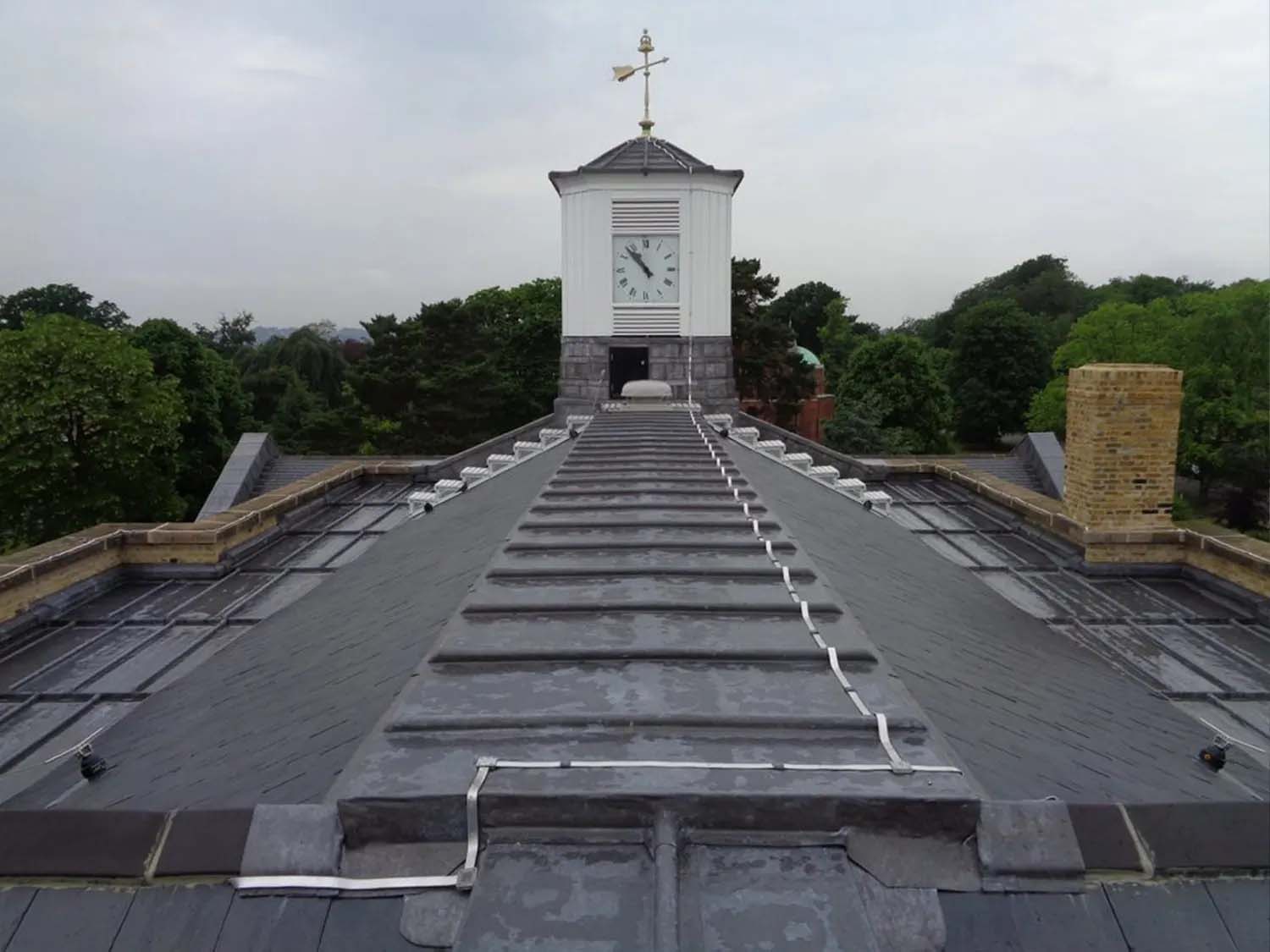 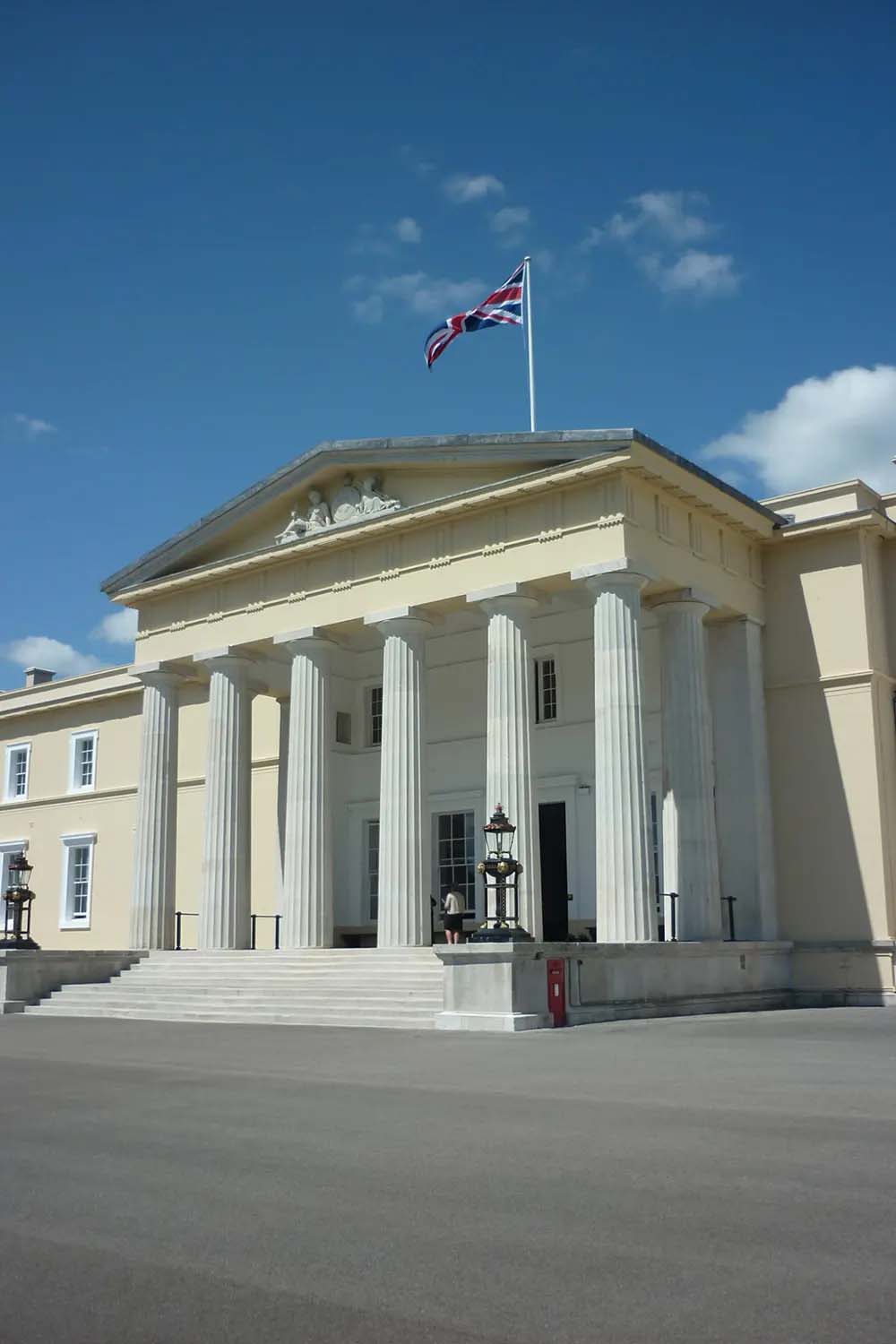